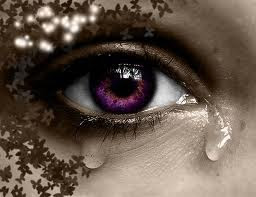 Fibromyalgia is a common health problem that causes widespread pain and tenderness (sensitive to touch). The pain and tenderness tend to come and go, and move about the body. Most often, people with this chronic (long-term) illness are fatigued (very tired) and have sleep problems. It can be hard to diagnose fibromyalgia.

· Doctors diagnose fibromyalgia based on all the patient's relevant symptoms (what you feel), no longer just on the number of tender points.

· There is no test to detect this disease, but you may need lab tests or X-rays to rule out other health problems.

· Though there is no cure, medications can relieve symptoms.

· Patients also may feel better with proper self-care, such as exercise and getting enough sleep.

Fibromyalgia is a chronic health problem that causes pain all over the body and other symptoms. Other symptoms that patients most often have are:

· Tenderness to touch or pressure affecting joints and muscles

· Problems with memory or thinking clearly

Some patients also may have:

· Temporomandibular disorder—often called TMJ (a set of symptoms including face or jaw pain, jaw clicking and ringing in the ears)

Symptoms of fibromyalgia and its related problems can vary in intensity, and will wax and wane over time. Stress often worsens the symptoms.

The causes of fibromyalgia are unclear. They may be different in different people. Fibromyalgia may run in families. There likely are certain genes that can make people more prone to getting fibromyalgia and the other health problems that can occur with it. Genes alone, though, do not cause fibromyalgia.

There is most often some triggering factor that sets off fibromyalgia. It may be spine problems, arthritis, injury, or other type of physical stress. Emotional stress also may trigger this illness. The result is a change in the way the body "talks" with the spinal cord and brain. Levels of brain chemicals and proteins may change. For the person with fibromyalgia, it is as though the "volume control" is turned up too high in the brain's pain processing centers.

Fibromyalgia is most common in women, though it can occur in men. It most often starts in middle adulthood, but can occur in the teen years and in old age. Younger children can also develop widespread body pain and fatigue.

You are at higher risk for fibromyalgia if you have a rheumatic disease (health problem that affects the joints, muscles and bones). These include osteoarthritis, lupus, rheumatoid arthritis, or ankylosing spondylitis.

HOW IS FIBROMYALGIA DIAGNOSED?

A doctor will suspect fibromyalgia based on your symptoms. Doctors used to require that you have tenderness to pressure or tender points at a specific number of certain spots before saying you have fibromyalgia. This is no longer the case. Your doctor may still look for tender points, but they are not required to make the diagnosis (see the Box). A physical exam can be helpful to detect tenderness and to exclude other causes of muscle pain.

There are no diagnostic tests (such as X-rays or blood tests) for this problem. Yet, you may need tests to rule out another health problem that can be confused with fibromyalgia.

Because widespread pain is the main feature of fibromyalgia, health care providers will ask you to describe your pain. This may help tell the difference between fibromyalgia and other diseases with similar symptoms. For instance, hypothyroidism (underactive thyroid gland) and polymyalgia rheumatica sometimes mimic fibromyalgia. Yet, certain blood tests can tell if you have either of these problems. Sometimes, fibromyalgia is confused with rheumatoid arthritis or lupus. But, again, there is a difference in the symptoms, physical findings and blood tests that will help your health care provider detect these health problems. Unlike fibromyalgia, these rheumatic diseases cause inflammation in the joints and tissues.

HOW IS FIBROMYALGIA TREATED?

There is no cure for fibromyalgia. However, symptoms can be treated with both medication and non-drug treatments.

Medications: The U.S. Food and Drug Administration has approved three drugs for the treatment of fibromyalgia. They include two drugs that change some of the brain chemicals (serotonin and norepinephrine) that help control pain levels: duloxetine (Cymbalta) and milnacipran (Savella). Older drugs that affect these same brain chemicals also may be used to treat fibromyalgia. These include amitriptyline (Elavil), cyclobenzaprine (Flexeril) or venlafaxine (Effexor). Side effects vary by the drug. Ask your doctor about the risks and benefits of your medicine.

The other drug approved for fibromyalgia is pregabalin (Lyrica). Pregabalin and another drug, gabapentin (Neurontin), work by blocking the overactivity of nerve cells involved in pain transmission. These medicines may cause dizziness, sleepiness, swelling and weight gain.

Though not recommended as the first treatment, tramadol (Ultram) may be used to treat fibromyalgia pain. This painkiller is an opioid narcotic. Doctors do not suggest using other opioids for treating fibromyalgia. This is not because of fears of dependence. Rather, evidence suggests these drugs are not of great benefit to most people with fibromyalgia. In fact, they may cause greater pain sensitivity or make pain persist.

In some cases, fibromyalgia pain can improve with use of over-the-counter medicines such as acetaminophen (Tylenol) or nonsteroidal anti-inflammatory drugs (commonly called NSAIDs) like ibuprofen (Advil, Motrin) or naproxen (Aleve, Anaprox). Yet, these drugs likely treat the pain triggers, rather than the fibromyalgia pain itself. Thus, they are most useful in people who have other causes for pain such as arthritis.

For sleep problems, some of the medicines that treat pain also improve sleep. These include cyclobenzaprine (Flexeril), amitriptyline (Elavil), gabapentin (Neurontin) or pregabalin (Lyrica).

Other Therapies: People with fibromyalgia should use non-drug treatments as well as any medicines their doctors suggest. Research shows that gentle body-based therapies including Tai Chi and yoga can ease fibromyalgia symptoms.

Cognitive behavioral therapy (a type of therapy focused on behavior change and positive thinking) can help redefine your illness beliefs. Also, through learning symptom reduction skills, you can change your behavioral response to pain.

Other complementary and alternative therapies (sometimes called CAM or integrative medicine), such as acupuncture and massage therapy, can be useful to manage fibromyalgia symptoms. Many of these treatments, though, have not been well tested in patients with fibromyalgia.

Even with the many treatment options, patient self-care is vital to improving symptoms and daily function. In concert with medical treatment, healthy lifestyle behaviors can reduce pain, increase sleep quality, lessen fatigue and help you cope better with fibromyalgia.

Here are some self-care tips.

· Make time to relax each day. Deep-breathing exercises and meditation will help reduce the stress that can bring on symptoms.

· Set a regular sleep pattern. Go to bed and wake up at the same time each day. Getting enough sleep lets your body repair itself, physically and mentally. Also, avoid daytime napping and limit caffeine intake, which can disrupt sleep. Nicotine is a stimulant, so those with sleep problems should stop smoking.

· Exercise often. This is a very important part of fibromyalgia treatment. While difficult at first, regular exercise often reduces pain symptoms and fatigue. Patients should follow the saying, "Start low, go slow." Slowly add daily fitness into your routine. For instance, take the stairs instead of the elevator, or park further away from the store. After awhile, do more physical activity. Add in some walking, swimming, water aerobics and/or stretching exercises. It takes time to create a comfortable routine. Just get moving, stay active and don't give up!

· Educate yourself. Nationally recognized organizations like the Arthritis Foundation and the National Fibromyalgia Association are great resources for information. Share this information with family, friends and co-workers.

· Look forward, not backward. Focus on what you need to do to get better, not what caused your illness.

· As your symptoms decrease with drug treatments, start increasing your activity. Begin to do things that you stopped doing because of your pain and other symptoms.

· With proper treatment and self-care, you can get better and live a normal life.

THE ROLE OF THE RHEUMATOLOGIST

Fibromyalgia is not a form of arthritis (joint disease). It does not cause inflammation or damage to joints, muscles or other tissues. However, because fibromyalgia can cause chronic pain and fatigue similar to arthritis, some people may think of it as a rheumatic condition. As a result, often a rheumatologist detects this disease (and rules out other rheumatic diseases). Your primary care physician can provide all the other care and treatment of fibromyalgia that you need.

TO FIND A RHEUMATOLOGIST

For a listing of rheumatologists in your area, click here.

The American College of Rheumatology has compiled this list to give you a starting point for your own additional research. The ACR does not endorse or maintain these Web sites, and is not responsible for any information or claims provided on them. It is always best to talk with your rheumatologist for more information and before making any decisions about your care.

National Institute of Arthritis and Musculoskeletal and Skin Diseases
http://www.niams.nih.gov/hi/topics/fibromyalgia/fibrofs.htm

Written by Leslie J. Crofford, MD, and reviewed by the American College of Rheumatology Communications and Marketing Committee.

This patient fact sheet is provided for general education only. Individuals should consult a qualified health care provider for professional medical advice, diagnosis and treatment of a medical or health condition. 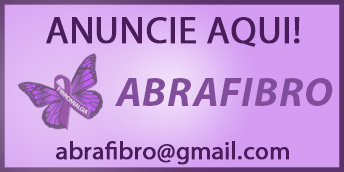 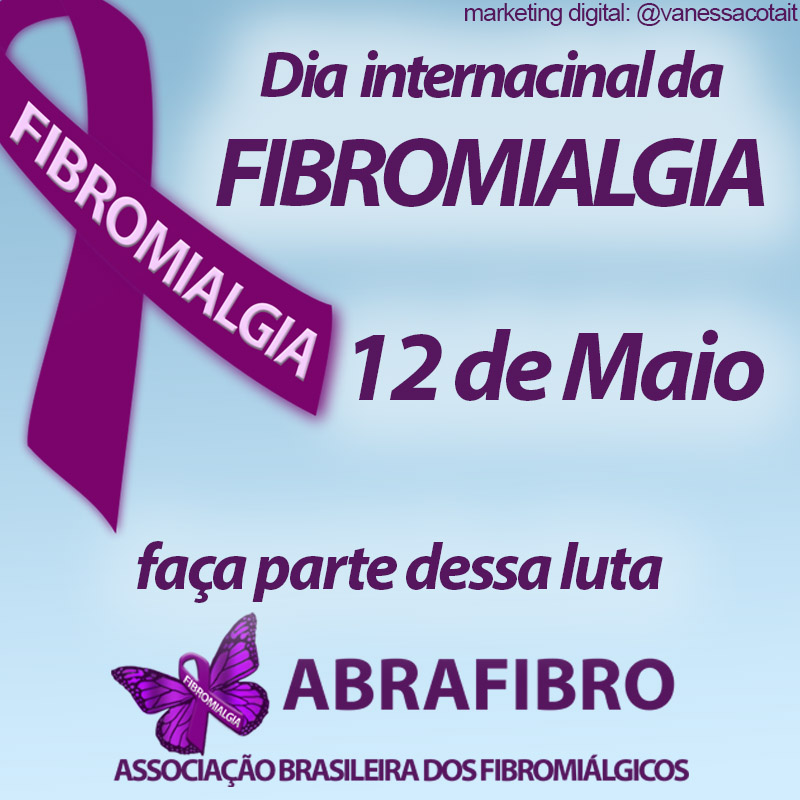